Last week, The Boring Company gave a sneak peek of the Las Vegas Loop. It is a tunnel, a fancy tunnel. It can be re-branded in a very Silicon Valley-ish term, but at the end is a tunnel for Teslas.

The concept behind the loop, according to The Boring Company:

Loop is an all-electric, zero-emissions, high-speed underground public transportation system in which passengers are transported to their destination with no intermediate stops. Also known as “Teslas in Tunnels!”

According to their description, there are two main differences between the loop and a subway: In the loop, one can travel from origin to destination without having to stop in other stops, and that the loop uses Teslas instead of trains. The idea is that using an app, one can order a car to go from point A to B, and the cars will be driving with autopilot. In other words, an autonomous Uber that uses dedicated tunnels.

To create this system, they took the downside of three mobility options:

What The Boring company is doing with the loop is combine the previous elements into one. Then, they added some RGB lights to the tunnel and a bunch of marketing to repackage a concept that has been around our cities since 1863, underground trains, but with cars. 🤯

Moving cars from streets to tunnels is not the most clever way to solve urban mobility. Sorry, solving urban mobility focusing on cars and private transport is not the way. It doesn’t matter if the cars are electric: 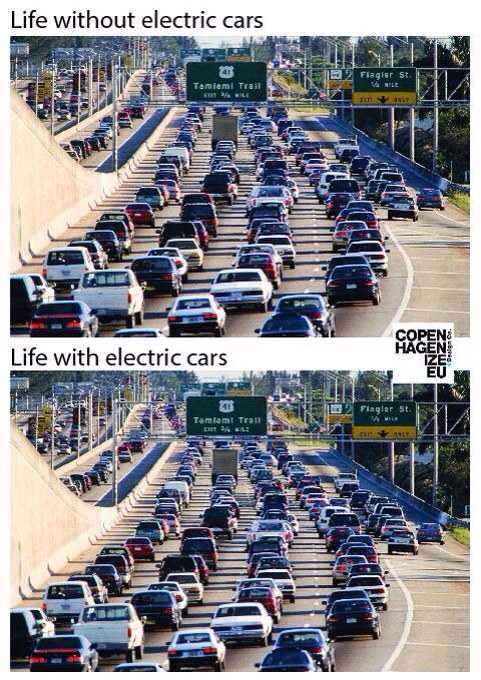